Conservation can sometimes seem like a grim subject, a discipline forever beset by setbacks and facing perpetual risk. However, sometimes the news coming out of different corners of the world causes us to feel hope rather than despair. If you’re wondering whether environmental efforts are really making a difference around the world, read on to learn more about six top environmental initiatives around the globe that are having a true impact. 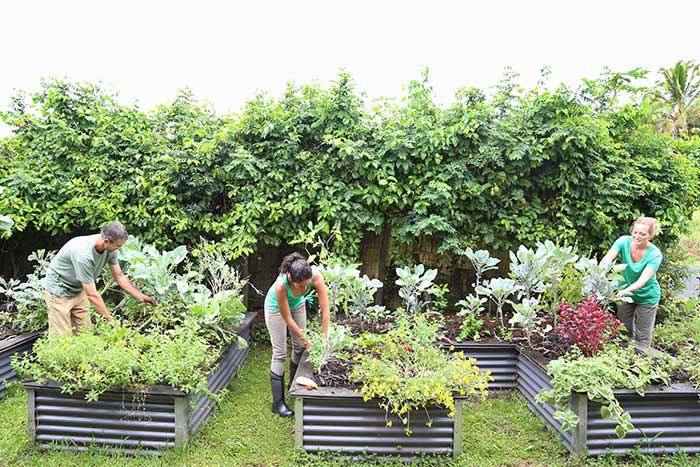 Madagascar is one of the world’s most unique places, and that’s not mere hyperbole. This small island off the coast of Africa has an ecology all its own due to its isolation. According to Harvard University, nearly eighty percent of its species exist nowhere else on earth, garnering Madagascar the nickname ‘the Eighth Continent.’” Lemurs and fossas are just some of the island’s fascinating fauna, and its flora include the instantly recognizable, thick-trunked baobab trees. But Madagascar is economically poor, and roughly three-quarters of its population lives in abject destitution. Desperation among the local populace has led to slash-and-burn farming, destroying many of the island’s natural wonders.

Fortunately, the Makira Project — a joint effort between Madagascar's Ministry of the Environment and Forests and the Wildlife Conservation Society — has stepped up its efforts to safeguard this unique ecosystem. The project has taken great steps to preserve 372,000 hectares in Makira Natural Park. Additionally, it also seeks to improve the economic prospects of the populace, thereby removing the impetus to deforest the area.

Like many other areas facing environmental challenges, Nepal struggles with poverty. According to a paper published in Journal of Poverty, Investment and Development, “The official data as of 2010/11 affirms around 25 percent Nepali live under absolute poverty line. The poverty line is derived at annual per capita earning of $225 as of 2013 December. … The Human Poverty Index shows 44 percent of Nepali are deprived of basic education, health and access to resources.” Indeed, food is one of those resources that remains in short supply for many Nepalese, and most agriculture defaults to subsistence farming, a type of cultivation that can harm the environment

Most nonprofit and NGO groups have combined their environmental conservation project ideas with a focus on materially improving the lives of the most at-risk individuals. They encourage farmers to use organic cultivation methods and non-toxic pest-management methods while providing high-quality seeds and essential education.

The Food and Agriculture Organization of the United Nations’ Global Forest Resources Assessment 2020 states, “More than half (54 percent) of the world’s forests is in only five countries — the Russian Federation, Brazil, Canada, the United States of America and China.” These forests serve many important purposes from ameliorating climate change to housing unique species to fostering important ecosystems. Unfortunately, Brazil has become one of the most important conservation projects around the world due to the loss of its forest area. The UN assessment explains that, in Brazil, “the annual rate of net forest loss increased from 3.78 million [hectares] in 1990–2000 to 3.95 million ha in 2000–2010 before declining to 1.50 million ha in 2010–2020.”

That decreasing rate of loss owes to environmental conservation examples such as Stand for Trees’ Brazilian Rosewood Amazon Conservation Project in Pará, Brazil. In addition to protecting species such as the Ka’apor capuchin monkey, safeguarding local food supplies through sustainable farming, and offering legal protections to conservation-minded settlements, Stand for Trees has shielded 180,000 hectares of forest. That converts into nearly 700 square miles of space. (For comparison, New York City covers about 470 square miles.)

Wealthy jetsetters, Hollywood celebrities, and Instagram influencers alike have made the Indonesian province of Bali into a world-class tourism destination. A rich history, plenty of cultural offerings, exotic wildlife, dramatic vistas, and lots of beaches draw millions of visitors annually. But peer a little more closely at those inviting stretches of sand, and you’ll soon see one of Bali’s major environmental issues: little (and not so little) bits of plastic everywhere the eye can see.

Conservation projects around the world have attempted to deal with plastic pollution, and Indonesia is the second greatest contributor to ocean plastic pollution, coming in only behind China. The problem came to a head in 2017 when 3.6 miles of beachfront ended up covered by refuse, dinging the island’s reputation and, with it, the tourism trade. The Indonesian government pledged to eliminate ocean dumping by 2040, and numerous NGOs and nonprofits have stepped up to aid in the fight. Efforts include organizing pick-up events and educating locals as to responsible use practices.

When people ask, “What are conservation projects?” they often imagine ravaged areas that require serious intervention over the space of many years. However, not every conservation project looks so dire. The relatively small nation of Costa Rica stands as one of the world’s top ecological success stories, especially in the field of agriculture.

The Organization for Economic Co-operation and Development notes, “Agriculture can have significant impacts on the environment. While negative impacts are serious, and can include pollution and degradation of soil, water, and air, agriculture can also positively impact the environment, for instance by trapping greenhouse gases within crops and soils, or mitigating flood risks through the adoption of certain farming practices.” Costa Rica has leaned heavily on these positive practices in recent decades, permanently transforming the nation for good.

Which practices? Many Costa Rican farmers have begun employing organic farming practices, which reduce toxic runoff, preserving the wider environment. Additionally, coffee growers have begun integrating their farms into the natural landscape. Coffee is a major export, and coffee grows best under shade. By planting coffee beneath extant foliage, farmers preserve the environment and aid endemic species — all while helping the rest of the world enjoy a tasty drink!

Not every environmental effort occurs abroad. Many effective programs take place right in the United States, and one of the most inspiring is in New Orleans. As you may very well remember, Hurricane Katrina struck New Orleans, breaking through bulwarks intended to protect against water and leading to the submerging of more than three-quarters of the city. The storm served as something of an environmental wake up call for the city. Working with governmental officials, the Louisiana Disaster Recovery Foundation encouraged a flood risk reduction plan that included the bolstering of barrier islands and restoration of wetlands.

Other nonprofits have done their part with a variety of environmental issues, such as:

If you’re passionate about helping with these or other environmental projects, consider getting certified by the National Registry of Environmental Professionals®. Not only are we the largest U.S. non-governmental environmental accrediting organization, the certifications received by our more than 12,000 members are recognized by the EPA and the U.S. Department of Energy.